Lincoln’s 2013 MKZ Is Blowing Consumers Away 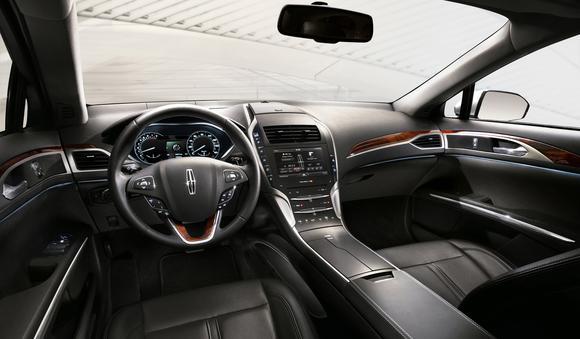 Ford’s (NYSE: F) impressive turnaround has been one for other struggling companies to learn from. The Blue Oval has had hardly any mishaps or bad decisions hit the headlines recently. But that hasn’t stopped doubters from pointing out that the Lincoln brand has largely been left behind in Ford’s resurgence.

Lincoln’s MKZ is its most important vehicle, and after months of shipment issues, April was finally a breakthrough month for the much-hyped MKZ sedan. So was the MKZ worth the wait for consumers? Will it be enough to revive Lincoln and help Ford boost its overall company revenues? Let’s dig into some details and consumer reviews and find out. 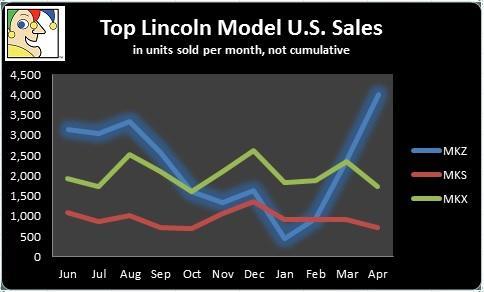 First, let’s look at how important the MKZ is to Lincoln’s overall success. Here’s a graph of Lincoln’s top three models, with the MKZ highlighted.

Notice the sharp decline in January, where sales were practically nonexistent. That’s when the MKZ launch stumbled out of the gate and the advertising campaign spent on the Super Bowl was wasted. Lincoln wanted to make sure there weren’t any messy recalls, but the extra time spent on quality checks led to a bottleneck in getting the MKZ to dealers.

Supplier issues also slowed production, and the end result was that consumers waited for four months for the MKZ to show up at dealerships. Finally in March and April, the back orders were being filled, and sales soared. Here’s a look at how much these sales mean to Lincoln as a whole, represented by the top three models, along with total Lincoln sales. 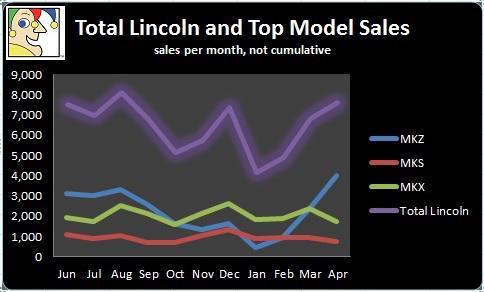 Lincoln’s total sales have risen and fallen largely in correlation with the MKZ. When speaking about this May’s results compared to those of past years, Jim Farley, Lincoln’s executive vice president of global marketing, sales, and service, said that “we’re going to have our best sales ever for MKZ.”

That’s encouraging, but it’s also important to note what consumers are saying. Let’s dig into some reviews, courtesy of Edmunds.com.

I have to say the reviews on the 2013 MKZ were extremely impressive — as in nearly perfect. Check Edmunds.com for yourself. The car averages a five-star review, and while only nine reviews exist, 100% of readers agreed with those nine reviews. I haven’t looked through hundreds of other vehicle reviews, but I also haven’t yet seen reviews so favorable.

If I were to sum up the reviews, I’d say that just about everyone was in agreement on the car’s smooth handling and flawlessly quiet ride. Better yet, most people seemed impressed by the MKZ’s value at its price point, starting around $35,000.

It definitely appears that the Lincoln MKZ was worth the wait, if the consumer reviews and sales numbers are proof. The MKZ will be a significant first step if Ford is to revive its luxury Lincoln brand, and so far, so good.

Ford needs Lincoln’s revival as soon as possible, because as it creates loyal consumers again, after years of poor quality vehicles, it will need to grow with those consumers and step them into higher-priced luxury cars as their purchasing power grows. Today, when Ford’s customers get to that point, they’re often forced onto a competitor’s lot for a luxury ride, which, of course, is bad news for Ford and its investors — all the more so because luxury vehicles bring in better margins and profits per vehicle, even if the sales volume is lower.

The MKZ’s recent success is the first step toward reviving the Lincoln brand, and Ford investors should be excited that the MKZ has finally delivered.