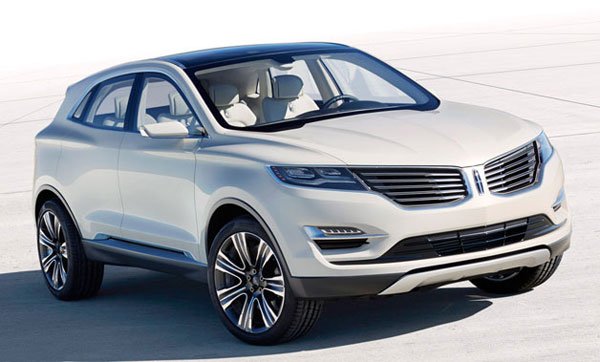 Ford’s efforts to resuscitate its moribund Lincoln luxury brand began in earnest with the introduction of its 2014 MKZ sedan, a model many labeled as the marque’s make-or-break offering. Of course, one model does not a comeback make, and with the MKZ just now starting to trickle into dealers, it will be some time before America’s jury of consumers comes in with their judgment. More to the point, it’s likely to take better than a decade’s worth of products and sustained marketing effort to even begin to figure out whether Lincoln has a shot at redemption or if it will die of Mercury poisoning. After all, rival General Motors has been pouring resources into Cadillac since the late ’90s, and if the sales charts are any guidance, it’s still probably too early to declare its rebirth a success.

Certainly, a brand with Ford’s resources, free of distractions (read: the now-defunct Premier Auto Group and various other side projects) should be able to successfully market a single luxury brand, particularly one with such a rich – if distant – history. Especially now with the Blue Oval enjoying more consumer goodwill than at any time in recent history. So let’s all give Alan Mulally and friends a little room to work, eh?

We can start by focusing on the compact crossover seen before you, the Lincoln MKC Concept. Riding atop the same global C-platform that underpins the Ford C-Max, Escape and Focus, the MKC showcar here presages a production small CUV that will stick its distinctive nose into one of the auto industry’s fastest-growing segments.

Lincoln’s future hinges on first impressions as much as anything else, and to that end, the MKC Concept makes a darn good one. We’ve had the chance to spend some up-close time with this vehicle ahead of its Detroit Auto Show debut, and it’s a surprisingly handsome machine. We say “surprisingly” because, by general consensus, the Autoblog staff has been less than complementary about the brand’s new design language – mainly its split-wing grille said to hark back to the 1938 Lincoln Zephyr. The MKZ sedan was the first clean-sheet Lincoln we’ve seen that incorporates this feature.

That’s why we’re so glad to see the MKC – to our eyes, the two-piece split-wing setup works beautifully here. It’s at once distinctive and harmonious, with two distinct textures lending it more nuance and richness than its sedan counterpart. The grille’s added height (or that of the headlights that buttress it on either side) may also deserve some credit here, as might the deep-draw creases on the hood, which give the design directional thrust, drawing the eye from the base of the windshield across the bonnet, through the grille and down into the lower fascia.

The side view is no less attractive, with deep-draw sheetmetal and an aggressively raked backlight. Aside from an interesting matte-chrome cutout along the rocker panels to cut visual bulk, the profile’s most interesting feature is the cutline created by the wraparound liftgate. The rear is likewise positively impacted by the hatch design, which features a beautifully uninterrupted full-width taillight treatment that’s almost Porsche Panamera Sport Turismo in execution, along with nicely detailed exhaust outlets and lower fascia.

Dimensionally, the MKC Concept isn’t far off of the Escape, thought there are some important variances. At 106.9 inches long, this Lincoln rides atop a slightly longer wheelbase than the Ford (105.9), and at 179.3 inches overall, it spans 1.2 inches longer, too. In typical showcar tradition, it’s also a fair bit wider (76.1 inches sans mirrors), where the Escape is 72.4 inches wide. Likewise typical of the exaggerated aggressiveness in the concept car genre, the MKC is 63.2 inches tall, a full 3.4 inches shorter than the Escape. Some of that is likely from a chopped-down greenhouse, but it might ride lower as well (no ground clearance figures have been released).

So we’re probably not looking at the exact Lincoln MKC production model, even if you factor in realistically sized side mirrors and add door handles and such. However, this is far from pie-in-the-sky territory; there are realistically sized wheels marking out the corners (stout 20-inch seven-spoke pieces), though we assume they’ll need to decrease the windshield rake a skosh and put frames on the windows. The big question is whether engineers will be able to keep the clamshell liftgate, a feature other models using the C-platform don’t have.

The interior is flat-out gorgeous, with a clean and modern aesthetic that doesn’t resort to a lot of showcar trickery like center-mounted floating seats and improbably shaped instrument panels in order to wow. It also avoids the trap of being too austere – there’s a warmth to this design.

With the exception of the full-length center console that makes this a four-seat vehicle, we think the production MKC’s interior could survive largely intact, even the panoramic roof (sans center rails). Strip away the leather covering every surface and you’re still left with a lot of interesting details that could see production, including air vents that mimic the vanes on the split-wing grille up front and subtle Lincoln Star-pattern detailing repeated everywhere from the stitching to the speaker grates. Even the seats are built on production frames borrowed from the MKZ. We particularly like the artful control stalks (they remind us of a saxophone’s neck and mouthpiece), though we don’t expect them to make production. The unusual reconstructed real wood trim, which is comprised of layers of compressed endgrain finished with a bit of metal flake to draw out the ridges, however, just might. Rich, labor-of-love details like this could make all the difference to potential buyers looking for a reason to splurge on a Lincoln over entrenched premium brands like BMW or Mercedes-Benz. Other showcar-like details including the pushbutton shifter and minimalist center stack with capacitive-touch switchgear is already a production reality on the MKZ, too.

Lincoln remains mum on what powers this showcar (if indeed it even has one at all), but the production model will likely arrive under four-cylinder EcoBoost motivation, skipping the Escape’s base 2.5-liter Duratec engine altogether. It is here that we hope Ford will splash out a bit – upscale design and nicer accommodations are great, but we feel strongly that luxury customers want greater power and technology underhood than what is found in their more common Blue Oval-badged counterparts. Thus far, Dearborn has yet to demonstrate that it feels the same way.

Make no mistake. Lincoln has a long, tough climb back to relevance ahead of it. Not only does it need to continue to radically renovate its product range, it must boldly recast its public image and fundamentally reinvent its dealer experience from brick and mortar to customer relations. The MKC concept isn’t radically innovative in any particular area, but it does suggest that Lincoln’s design language has legs. It also helps that the production model is poised to move into one of the industry’s fastest growing segments, one that lacks a truly dominant player. As places to reinvent a brand go, the small premium crossover segment ain’t a bad place to start.

Read the full article and see the video online at http://www.autoblog.com.