2013 Lincoln MKZ is a big step in the right direction

Human vs. Lincoln MKT: Who is better at parallel parking? 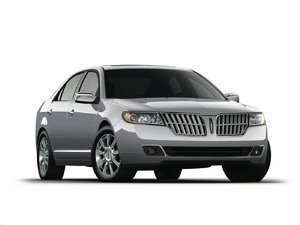 DEARBORN, Mich., March 2, 2012– Driven by sales of the MKZ midsize premium sedan and the MKZ Hybrid, Lincoln delivered a 16 percent gain in U.S. sales in February versus a year ago.

Sales of the Lincoln MKZ Hybrid grew especially in Los Angeles, San Francisco and Seattle in February. Each of these markets has seen at least a 13 percent increase in gas prices during the past month, and even luxury buyers are starting to notice.

In Los Angeles, for example, the driver of a Lincoln MKZ Hybrid who travels 1,000 miles a month could save more than $1,000 a year compared to a regular gasoline-powered midsize luxury sedan at current gas prices of $4.37 a gallon.

“People want the freedom to spend their discretionary income on the products and services they truly want and value – not be a slave to the gas pump,” Cour said.

Both the Lincoln MKZ and Lincoln MKX were ranked in the top three for long-term durability in their segment in the annual J.D. Power and Associates’ 2012 Vehicle Dependability Study.

Lincoln MKZ, which received the Entry Premium Car award (in a tie), has received an award in its segment for the last four years (winning as the Zephyr in 2009). Lincoln MKX ranked second among Midsize Premium Crossovers/SUVs.

Lincoln will have seven new or significantly freshened Lincoln products by 2015 – including the all-new Lincoln MKZ premium midsize sedan.

Lincoln is the luxury automotive brand for Ford Motor Company (NYSE:F – News), committed to becoming a world-class luxury brand with compelling vehicles and an exceptional ownership experience to match. Lincoln will introduce seven new or significantly refreshed models in the next three years. For all the latest information, please visit Lincoln at facebook.com/lincoln, media.lincoln.com, or www.lincoln.com

To Read the article