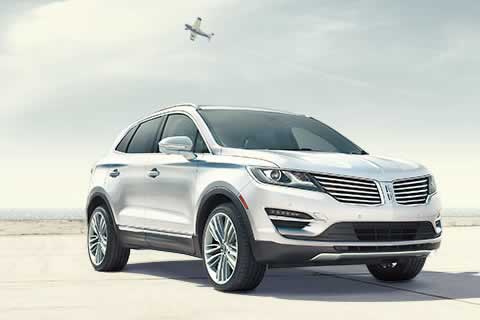 * MKC is the second new model designed to revive Lincoln

DETROIT, Jan 13 (Reuters) – Ford Motor Co will unveil this week a luxury crossover designed to help the company gain a foothold in a fast-growing and profitable segment of the U.S. luxury automotive market.

At the Detroit auto show on Monday, the No. 2 U.S. automaker is unveiling a concept version of its Lincoln MKC, an entry-level luxury compact crossover that shares its underpinnings with the Ford Escape.

Ford is betting that a strong showing in this burgeoning segment will reverse a two-decade sales decline for Lincoln, a brand better known for the Town Car and presidential limos.

The premium crossover segment has more than tripled in the last four years, Ford said.

“It’s not a segment that’s been around a long time with entrants that have been there for 10-plus years,” said Kate Pearce, marketing manager for the Lincoln brand.

“This is still evolving, which really provides us an opportunity to come in and create something unique and differentiated and really grow our position,” she said.

Last year, Lincoln sold a little more than 82,000 vehicles in the United States, slightly less than sales of the Ford Mustang, a retro muscle car last redesigned in 2005.

Many analysts said that while Lincoln’s lineup has improved in quality and design, the brand’s lackluster image remains an obstacle. The company is hoping to shed that image and take advantage of the momentum in the U.S. luxury auto market, which Ford predicts will outpace the broader industry this year.

“This is a huge opportunity to introduce all-new vehicles and reinvent the brand in a really prosperous time for the luxury automotive industry,” Pearce said.

Ford is hoping to revive the Lincoln brand through a combination of new models and an aggressive marketing strategy that includes the brand’s first ever Super Bowl ad this year. The company also rechristened the brand the Lincoln Motor Co in a nod to the nameplate’s heritage.

The MKC is the second of four core models that Lincoln will pitch to a growing group of buyers who appreciate warmth and “discreet luxury” and avoid overt symbols of wealth.

About half the buyers are expected to be new to the U.S. luxury market, Ford said. The other half will be existing luxury buyers who are looking to buy a smaller vehicle.

Its competition in the luxury compact market comes from BMW AG’s X3, Honda Motor Co’s Acura RDX and others. Another challenge for Lincoln is setting itself apart from the “Blue Oval” Ford brand.

To that end, Lincoln designers eschewed the “boxy” look of its competitors in favor of a sleeker, more elegant approach. This look also distinguishes it from the sportier Ford Escape.

Inside, the MKC concept will feature the same push-button transmission sold in the MKZ sedan. Ford has opted to show a four-seat version of the MKC concept that features a dual heater and cooler in the backseat.